South-eastern Australia is acknowledged as one of the most fire prone environments in the world and fire has played an integral role in shaping this landscape. While the earliest records indicate the Aboriginal people of Gippsland understood fire and used it skillfully as a tool to support their lifestyles, European settlement and expansion has seen the regular occurrence of devastating bushfires caused by ignorance of the bush, or a lack of care about the effects of actions on neighbours and the environment.

Since colonisation, no part of Gippsland has escaped the devastating impacts of bushfires. Over the past 120 years, many towns, including Omeo, Mallacoota, Walhalla and Noojee have come to be closely linked to the impacts of major bushfires.

While enquiries into the earlier fires made clear links between occupations such as grazing, mining and timber harvesting, changed practices and a focus on suppression have seen an increase in the percentage of fires caused by dry lightning since the mid 1900s. Since the early 2000s, there is a trend toward more frequent ‘campaign fires’ which continue for weeks or months and often only come under control with changes in weather conditions.

This theme provides an overview of the history of bushfire in Gippsland, primarily since European settlement. 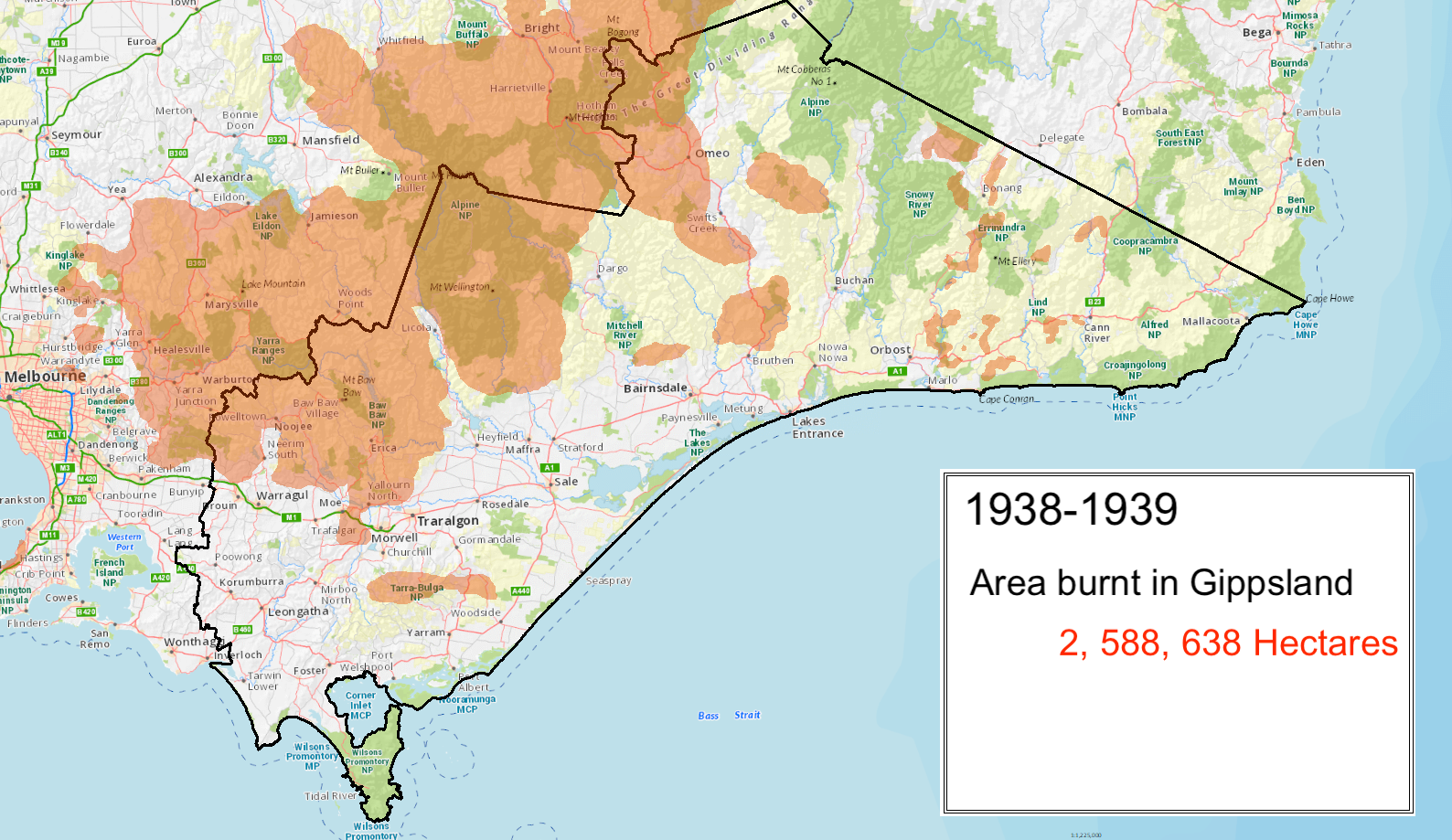 The following clip shows maps of significant fires in Gippsland since 1939: